After graduating from the Budapest University of Technology in 1879–80, he was an assistant professor at the Department of Technical Mechanics. After that he was the editing engineer of the MÁV machine factory, then of the company Ganz and Partner. From 1899 until his death, he was a professor of structural engineering at the Department of Hydraulic machines, Compressors and Steam turbines at the Budapest University of Technology. The introduction of engine production in Hungary is connected to Bánki and his colleague, János Csonka. Their joint creation was the first and competitive product of the Hungarian engine industry on international markets, the Bánki – Csonka engine produced by the Ganz factory, the most significant innovation of which is the carburetor patented in 1893. In 1894 he patented the first high-pressure combustion engine, the internationally recognized Bánki Engine. His water turbine (1917), which after his death (1926) was awarded the Grand Prize of the Hungarian Academy of Sciences, opened new avenues in the development of small hydropower plants.

He earned his diploma at the Budapest University of Technology in 1892. He began working for the Compagnie de Fives-Lille in Paris (1892–1894) and then returned to Budapest to the Ganz Factory, where he soon became head of the Electrical Editing Department. He introduced the manufacture of induction motors (based on his own designs and calculation methods) and began using them for rail traction purposes. In 1896–1898, he designed the first three-phase road tramway (Evian-les-Bains) and electrified several mining railways. Based on the operating results of the phase-change test locomotive, MÁV decided to electrify the Budapest – Hegyeshalom main rail line (1929), for which Kandó designed the electric locomotive named after him. He was awarded the Wahrmann Prize by the Hungarian Academy of Sciences in 1921 for his pioneering achievements in the field of energy management, he was inaugurated as an honorary doctor by the Budapest University of Technology in 1922, and he received several national and international awards. 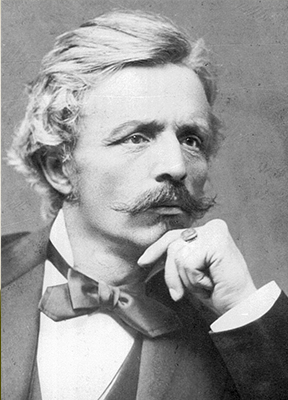 (Bratislava, July 18, 1833 – Bp., May 29, 1892)
Statistician, first director of the National Statistical Office, member of the Hungarian Academy of Sciences.

In the 1860s, he published banking, customs, industrial and financial statistics studies in journals and in the statistical and national economic publications of the Hungarian Academy of Sciences. After The Austro-Hungarian Compromise of 1867 he became the head of the Statistics Department of the Ministry of Agriculture, Industry and Trade. This office later became as the National Statistical Office established in 1871, in the organization of which Keleti played a significant role and was the first director of it until his death. He is known as the first designer and director of Hungarian statistical surveys. He organized the 1869 census and introduced the individual census sheet system for the 1880 census. He was one of the pioneers in the scientific cultivation of statistics in Hungary, and at the same time the organizer of the first industrial statistics. 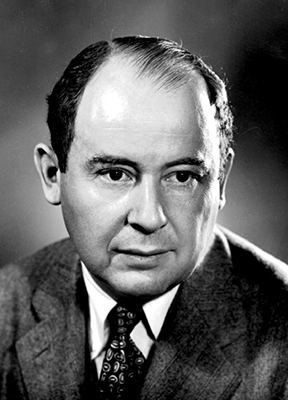 (Budapest, December 28, 1903 – Washington D.C., February 8, 1957)
One of the most outstanding mathematicians of our century, a university professor.

He graduated from the Fasori Lutheran High School in Budapest. He completed his university studies in parallel in Zurich where he graduated in chemical engineering and at the Budapest University of Technology. He obtained his doctorate in mathematics in Budapest. In 1930 he was a guest lecturer at Princeton University (USA) and a professor from 1931. In 1933 he accepted a permanent teaching position at the Institute for Advanced Study (Princeton). In 1954, he was appointed a member of the U.S. Atomic Energy Commission and served in that capacity until his death. At the beginning of his career his work mainly covered mathematical logic and set theory; the exact foundation of set theory originates from his work. His outstanding results in the field of quantum theory are the mathematical basis of the theory of the measurement of physical quantities. The foundations of Game theory are also primarily due to his work, as well as so-called operations research, which significance has since been widely recognized in its economics. He played an important role in the development of electronic computers. The basic ideas of this (application of the binary number system, memory, program storage, instruction system, etc.) come from him. His role in solving the theoretical problems related to the release of nuclear energy has internationally been recognized. 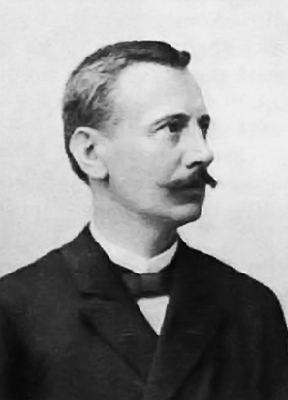 He graduated from the Budapest University of Technology in 1877. In 1882 he was an industrial supervisor, in 1886 he was a private teacher at the Budapest University of Technology. In 1891 he was professor of mechanical technology and the rector of the university. He organized – partly with his own machines and instruments – the material testing laboratory of the Department of Mechanical Technology of the Budapest University of Technology, the Association of Hungarian Materials Testers; and started and edited its bulletin. His general theory of the behavior of structural materials aroused great interest and much debate. His work as a professor, researcher and, as the first industry supervisorwas particularly successful in the development of the textile industry. He has also been active in the International Association of Materials Testers; at its 1912 New York Congress he served as Honorary President. 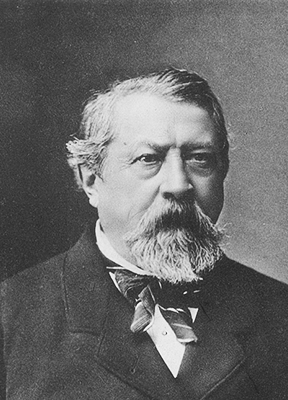 Miklós Ybl (Székesfehérvár, April 6, 1814 – Budapest, January 22, 1891) was one of Europe’s leading architects in the mid to late nineteenth century as well as Hungary’s most influential architect during his career.

After graduating from the Vienna Polytechnic, he worked in the office of Mihály Pollack from 1832 and Henrik Koth from 1836. His first major works are representatives of the romantic Romanesque style studded with oriental elements. His most significant public works were almost determinants of Budapest’s cityscape. Although he did never break with the Romanesque forms, as a result of his second study trip to Italy from 1860 he was attempting to recreate the Italian Renaissance style. In both the early and more mature stages of his art, he created works of excellent Neo-Renaissance style. His main work is the Opera House (1879 – 84), which can be considered an outstanding work of contemporary European architecture with the recreation of Palladio’s picturesque main façade, as well as its interiors and its staircase. He also built a long line of castles along with a number of churches and tenement houses in the countryside. Ybl is the greatest Hungarian architect of the second half of the 19th century. In 1953 an annually awarded architectural prize called Ybl-díj was established in his memory.

The Alba Regia Faculty was named after a city of the Roman Empire in Pannonia Province. (Today it is called Székesfehérvár, where the Faculty is located)

The Alba Regia Technical Faculty is a multidisciplinary faculty that offers almost the entire training offer of our university in Székesfehérvár. In a city that was already of strategic importance in Roman times, what was then called White Castle, Alba Regia, after the castle on top of a hill protruding from the surrounding swamp.
The city of Székesfehérvár known colloquially as Fehérvár (“white castle”), located in central Hungary, is the ninth largest city of the country, regional capital of Central Transdanubia.
Székesfehérvár, a royal residence, as capital of the Kingdom of Hungary, held a central role in the Middle Ages. As required by the Doctrine of the Holy Crown, the first kings of Hungary were crowned and buried here. Significant trade routes led to the Balkans and Italy, and to Buda and Vienna. Historically the city has come under Ottoman and Habsburg control, and was known in many languages by translations of “white castle”. 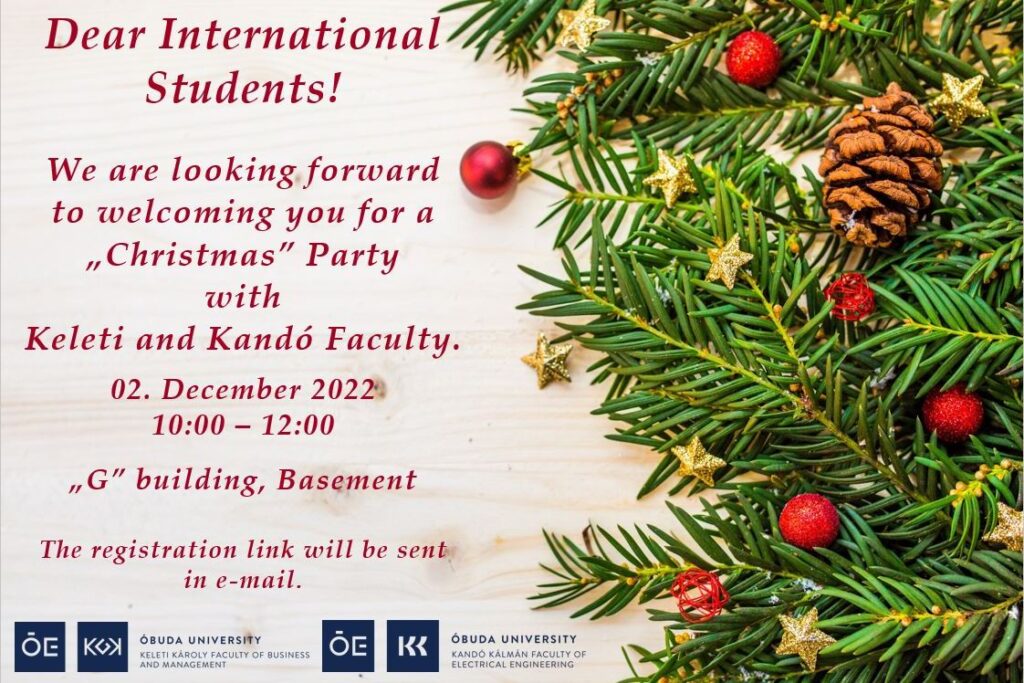