The “Hungarian Universities’ Ranking Forum” was held on October 21, 2021 at Óbuda University with the participation of experts from The Times Higher Education World University Ranking and ELSEVIER. The conference was organized in a hybrid way, with the program continuously followed by 80-90 participants on site and online.

The opening talk of the workshop was given by Prof. Dr. Levente Kovács, Rector, who pointed out the fact that improving the university ranking position was an important part of the rector's strategy from the very beginning. Two or three years ago, our university occupied a position around 2000 in the international rankings, early this year’s simulation based on 2020 data indicated that the university is around position 1350th. In 2021, according to the results of the first live ranking procedure, we occupy the 1079th position, which is a great development. The Rector praised the university's successful project funded by the Visegrád Fund, in which eight universities from the V4 countries are working together to work on ranking development.

The first presentation was given by Nicholas Cletz (Regional Director - EMEA, Times Higher Education), who compared the leading Hungarian universities based on the impact ranking methodology and noted, among other things, that Óbuda University produces an above-average number of citations, but also added that we should increase the number of publications per capita. Following this, Dr. Andrew MacFarlane (Rankings Manager, QS) took the stage. Perhaps the most interesting thing to highlight from what he said is how important academic and employer reputation is in ranking (40% and 10%) and that QS rankings are done automatically, and it is in the interest of all universities to provide verified data. He also drew attention to the importance of citation management.

Prof. John T. Green (University of Cambridge), in his “University strategy for higher impact and visibility,” presentation said that his experience at his own university (Imperial College, UK) it is evidenced that university success depends crucially on whether the structure and operation of the given institution can also adapt to changing requirements. The university cannot be successful without it, he thinks. 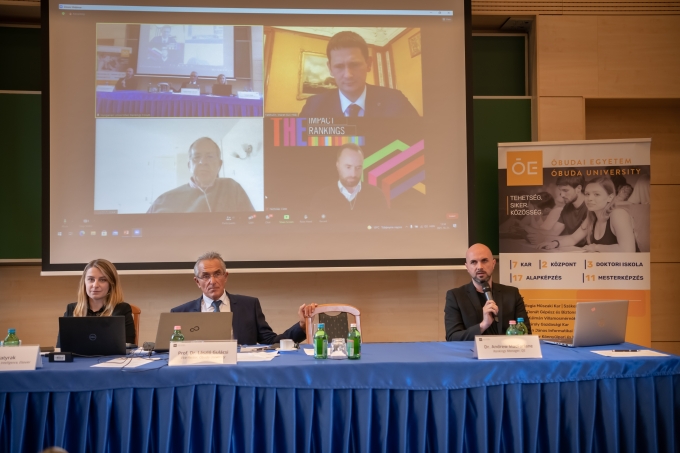 Prof. László Gulácsi and Viktória Tafferner-Gulyás (Óbuda University), in their presentation “Science and Value; Thoughts on visibility and excellence in V4 universities” addressed methodological issues related to ranking, and presented the research scheme of the V4 university network led by Óbuda University and funded by the International Visegrad Fund (IVF).

Following the presentations, participants discussed the above topics in a lively panel discussion, there was an exciting exchange of views in which besides the participants both undergraduate and graduate students took a very active part. 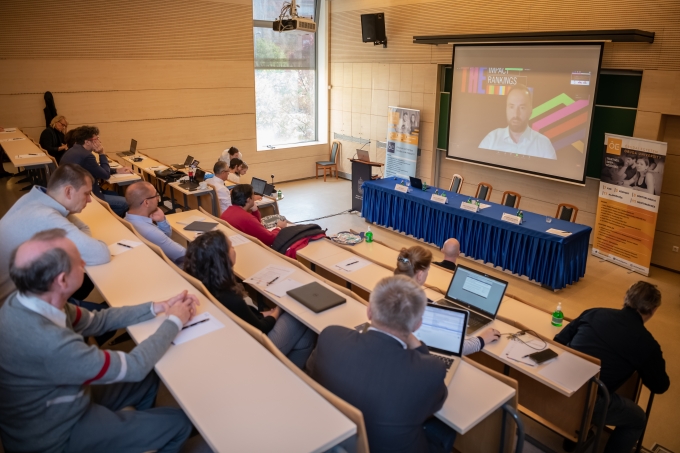