They agreed on strengthening Hungarian-language higher education beyond the borders

The Partium Christian University in Oradea was the host of the autumn plenary session of the Hungarian Rectors' Conference (MRK) on 30 September. Prof. Dr. László Borhy, President of the MRK, Zoltán Maruzsa, State Secretary for Public Education (Ministry of the Interior) and Balázs Hankó, Deputy State Secretary for Higher Education (Ministry of Culture and Innovation) stressed that the competitiveness of the Carpathian Basin can be improved by further strengthening Hungarian-language higher education locally. Prof. Dr. Levente Kovács, member of the board representing the model-changing universities of the Hungarian Academy of Sciences, said that Óbuda University has already introduced a number of practices in recent years to help young people from abroad to thrive at home.

Higher education beyond the border is one of the most important guarantees for the survival of the Hungarian minority in the region - this is the most important message of the plenary session of the Hungarian Rectors' Conference held in Oradea. Prof. Dr. László Borhy, who as the Rector of ELTE serves as the President of the MRK, said in his welcome speech that the organisation, which brings together the heads of Hungarian universities, has always been particularly concerned with the management of higher education in the Carpathian Basin as a unified system. This is the second time that a plenary session has been organised in Oradea, but they have also held meetings in Révkomárom, Cluj-Napoca and Subotica. 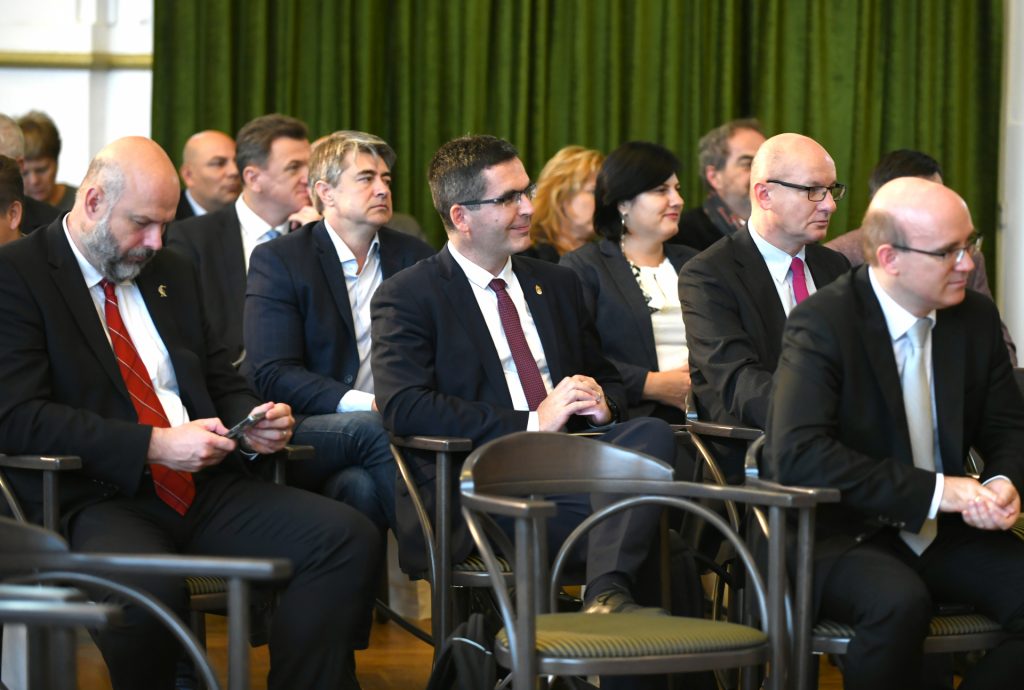 Dr. József Pálfi, Rector of the host Partium Christian University, pointed out that recent years, especially the Covid period, have changed the situation of higher education beyond the borders. The Hungarian-speaking universities in the Carpathian Basin need to cooperate even more closely in order to ensure a secure future for the Hungarian-speaking minority living in the region. As an example, he mentioned the Pro Bono Publico Consortium, established by the Partium Christian University together with Sapientia University of Transylvania and the Protestant Theological Institute of Cluj-Napoca.

"The strength of nations depends on their culture and their economy", quoted Dr. Balázs Hankó in his lecture Kunó Klebelsberg, the most important cultural politician of the 20th century. Presenting the challenges facing Hungarian universities, the Deputy State Secretary for Higher Education said that in addition to advancing in international rankings, it is also important to transform the structure of education and adapt it to market conditions.

Great emphasis will also be placed on supporting Hungarian-language education abroad, with a special emphasis on supporting courses that help people to stay in Hungary. Universities in Hungary can also play a major role in this respect, and are encouraged to offer courses in as many areas as possible in Hungarian regions beyond the borders. We need to increase the proportion of graduates in the training structure that each region needs most economically and socially," added Balázs Hankó. 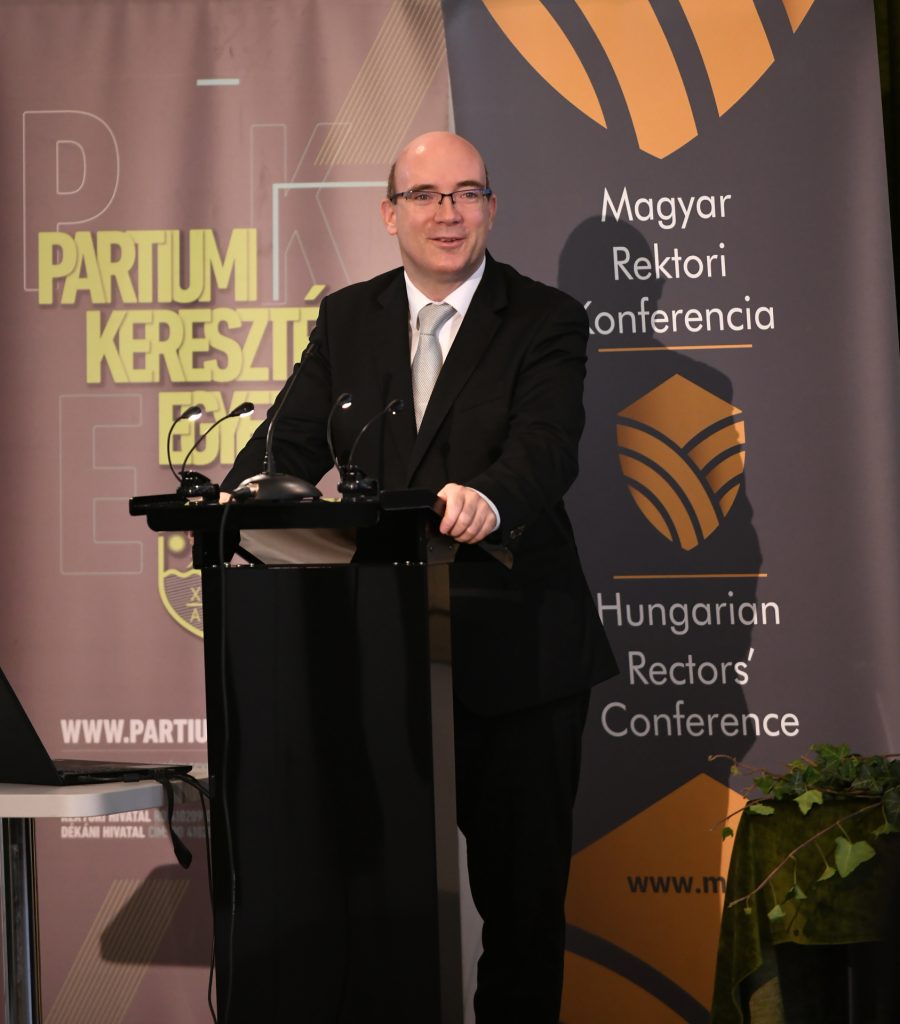 Zoltán Maruzsa, Minister of State for Public Education at the Ministry of the Interior, stressed that the Hungarian government has done a lot in the past 12 years to help our compatriots living across the border to learn Hungarian. In addition to Hungarian-language education in kindergartens and nurseries, he said that a priority task was to support teachers in the Sporvány region by providing access to teaching materials and developing smart textbooks.

Dr. Márton Tonk, Rector of Sapientia Hungarian University of Transylvania, Dr. György Juhász, Rector of Selye János University in Komárom, Dr. István Csernicskó, Rector of the Ferenc Rákóczi II Transcarpathian Hungarian College in Berehovo, Dr. Anna Soós, Vice-Rector of the Babeș-Bolyai University, and Prof. Dr. Márta Takács, Vice-Dean of the Hungarian Teacher Training Faculty of the University of Novi Sad in Odessa, Hungary, and Professor at the University of Óbuda. The essence of what they had to say was that they are extremely open to cooperation with Hungarian institutions and that their most important task is to strengthen local Hungarian-language education.

Prof. Dr. Levente Kovács said that Óbuda University has already done a lot to promote cross-border training in the field of engineering. We can only achieve our regional position with allies," said the Rector, who said that only with an open and helpful mind can we keep students and the intellectuals of the future in our regions. At the Partium Christian University in Oradea, we plan to open and develop together in the field of business informatics, and with Sapientia, the Hungarian University of Transylvania, we are thinking of launching a joint technical training programme, helping them in their efforts to establish a doctoral school. Together with Selye János University and the Technical College of Subotica, we also want to strengthen our training portfolios and, although the situation in Transcarpathia is difficult at the moment, we are open to building joint opportunities with Berehovo. We also want to start joint training courses with the universities of Bratislava and Kazan in the technical sense - added Prof. Dr. Levente Kovács. 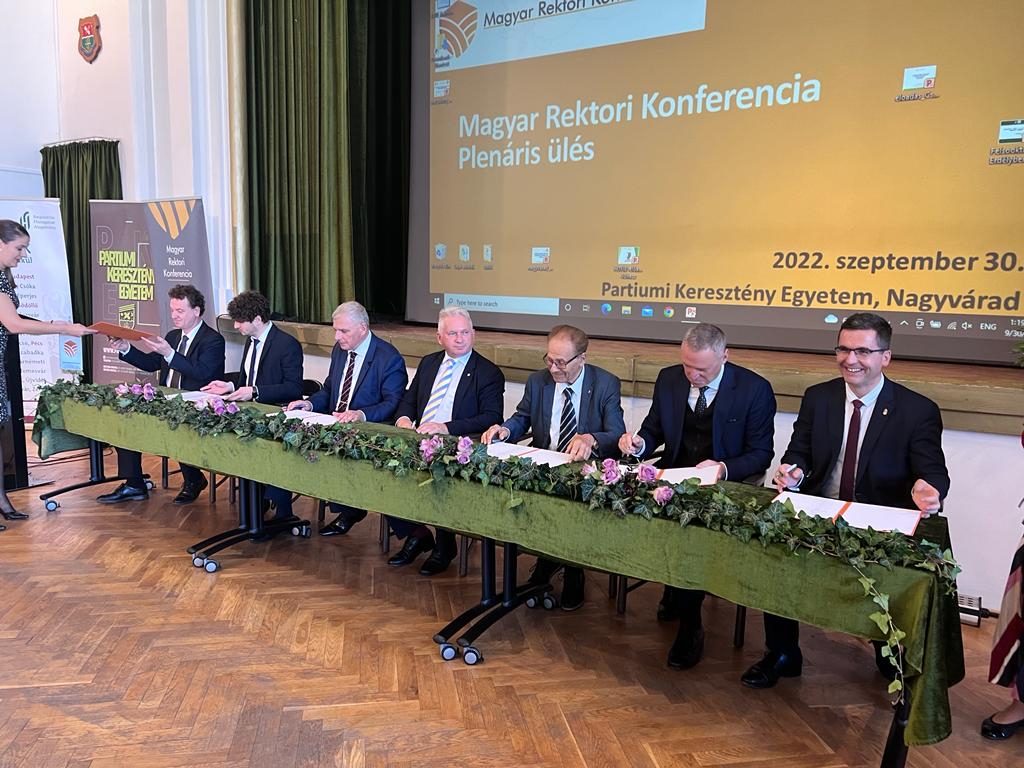 The Science Students Without Borders (HTDK) is an outstanding talent development programme in international terms. It supports talent management for native Hungarian-speaking students in higher education beyond the borders of Hungary, using the culture and tools of the Hungarian scientific student circle movement, which has a six-decade tradition.

The Óbuda University and its predecessor institution have been active partners of the Transylvanian Technical Scientific Student Conference for two decades. Prof. Dr. Levente Kovács, as the rector of the institution, signed today a long-term cooperation agreement with the organisation and partner institutions during the meeting of the Hungarian Rectors' Conference in Oradea.

higher education beyond the borders