A Chinese-Hungarian High-Tech Development Centre will be established with the cooperation of Óbuda University. ÓU, as a prominent technical higher education institution in Hungary, joins the project through its internationally renowned researchers, including the integration of cutting-edge technologies in aircraft. On behalf of Óbuda University, Prof. Dr. András Molnár, General Vice-Rector of Óbuda University, signed the trilateral cooperation agreement with representatives of the Huishan District of Wuxi City, China, and the Jiangsu Magnus Aircraft Manufacturing Company and Magnus Aircraft Zrt. on 9 September.

The Óbuda University, with the assistance of the Ministry of Foreign Affairs and Trade, signed a major investment agreement with the leaders of the Huishan District of Wuxi City, China, for the Jiangsu Magnus Aircraft Manufacturing Company, which was established this year. Under the agreement, a showroom, three production units (composite, aircraft assembly and maintenance) and a development centre (China-Hungary High-Tech Development Centre) will be built in cooperation with Óbuda University.

The Huishan District of Wuxi, a city of about seven million people, Óbuda University and Jiangsu Magnus Aircraft Manufacturing Company are jointly launching a cross-border strategic cooperation that will renew and raise to a new level the technological cooperation between China and Hungary. The objective of the partners is to create a community of support for key industries in the Chinese and Hungarian markets (such as aviation, energy, construction and rail transport), which will facilitate business communication, technological change, new innovation and business projects, and the free movement of high-tech technologies, equipment, experts and talent in related industries between the two countries. 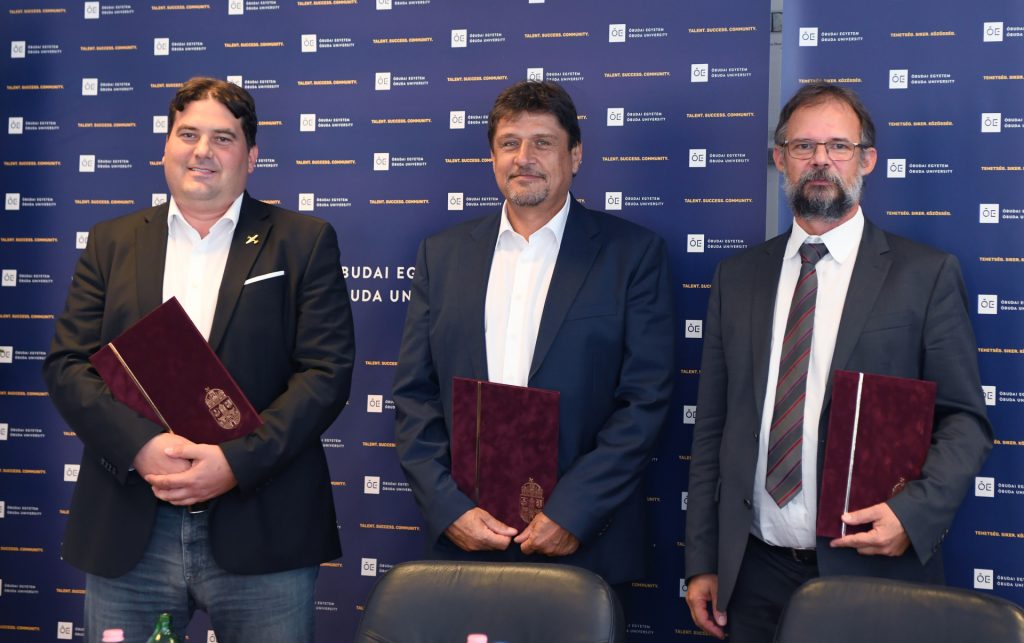 The objective of the participants is to create a large-scale business environment in which Jiangsu Magnus Aircraft Manufacturing Company will become a dominant aircraft manufacturing company in the Chinese market. To this end, a total investment of €88.39 million will be made. The building complex will have a total area of 18 000 square metres and will be built on 200 hectares of industrial land. The joint venture will provide a total of 300 jobs in the units created, with a leading role for Hungarian colleagues and development opportunities for researchers at Óbuda University, among others. By implementing the project, the company will create competencies and capacity to produce and sell more than 2,800 Hungarian-developed Fusion aircraft and more than 400 four-seat aircraft in nine years. As part of the Far East strategy and cooperation, the founding declaration of the China-Hungary High-Tech Development Centre was also signed. The completion of the entire project will be a unique milestone for the Hungarian aircraft industry and for the cooperation between the two countries.